At ACM CHIL 2021, the company presented study results on a model of simultaneously optimizing multiple properties of molecules with enhanced performance by nearly double compared to models of Google-Stanford University and MIT
It can be used for optimizing molecule design in pre-clinical and clinical stage

The Association for Computing Machinery (ACM) is one of the most prestigious academic organizations in the world headquartered in New York. Established in 1947, the ACM has over 100,000 members worldwide. As a conference focused on healthcare, the ACM Conference on Health, Inference and Learning 2021 was held online on April 8~9.

In the latest study, Deargen sought to optimize aniracetam that has the weakest binding affinity of dopamine D2-type receptor (DRD2) among 28 DRD2-targeted compounds in a clinical or pre-clinical study stage. The study found that the DRD2 binding affinity was highly enhanced with nearly no change in other properties of aniracetam.

The technology of optimizing properties of candidate molecules in the process of developing new drugs, such as their efficacy, toxicity and structural similarity, is positioning as a primary strategy that can reduce costs and time needed for developing new drugs.

In contrast, CMG model of Deargen is able to optimize only desired property while minimizing changes in other properties that are intended to retain as set by molecule design since it can consider various properties simultaneously. And it can be directly applied to developing new drugs as it takes a shorter time in analysis.

“Not only our representative technology, MT-DTI which is being used for discovering various new compound, including prediction of therapies for COVID-19, but also we are poised to provide more advanced new drug development services by making an ensemble of CMG model with our another platform MolEQ,” said Bonggun Shin, Chief Artificial Intelligence Officer at Deargen.

“Deargen has completed drug development technologies at a global level, and continues investment in advancing these technologies and extending their support range,” said Kilsoo Kang, President of Deargen. “The latest advancement of technology will be an important momentum in developing AI-powered new drugs.” 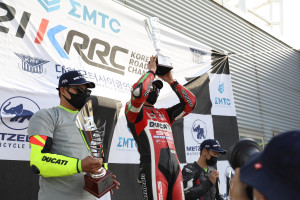